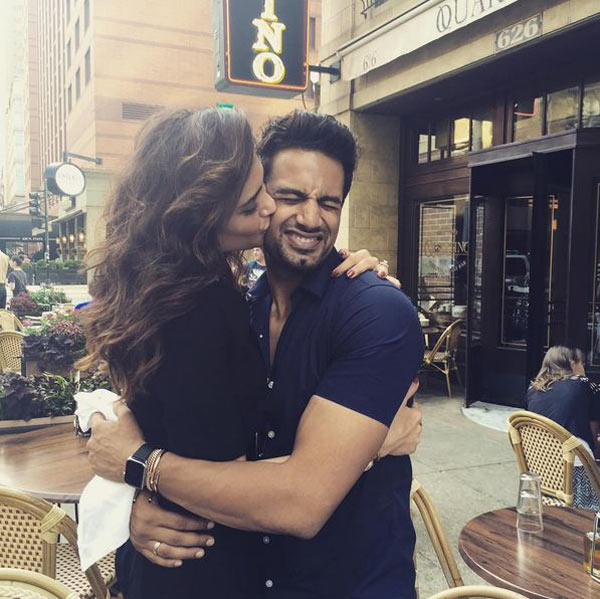 It’s a season of break-ups in tinsel town. And adding to the coterie of heart broken celebs are Upen Patel & Karishma Tanna. While they went on to proclaim their love for each other on national television, when choosing to part ways, what better than the social media to set the record straight.  After two years of painting the town red, it’s over for these two.

Upen Patel took to twitter to announce his relationship status. “Me and Karishma have both agreed to part ways. Thank you for all your love,” read his tweet. The actor has presently removed the tweet.

Though he did not reveal the reason behind the split, the actor who made his Bollywood debut with 36 China Town appeared quite dejected on social media as he also wrote on Twitter:

And what ensued later was that both of them got back at each other with cryptic quotes. Talk about ego’s hurting and this is how you play along.

The two started dating in 2014 on the season eight of reality show Bigg Boss 8. They got engaged last year, when Patel proposed to the actress on dance show Nach Baliye 7, where they were participants.

The lovebirds who were popularly known as UpMa often vacationed together and posted adorable pictures on Instagram. It was only in August 2015, their Instagram was flooded with candle light dinners, birthday brunches and cute moments they spent during their holiday.

An India Today report said that professional issues were a factor that played a role in the split.

When TellyChakkar contacted Tanna she didn’t deny that they had their quarrels however she didn’t show hints of parting ways either.

“Every couple has issues and fights and they do overcome it. No relationship is perfect and I do not even want one, as then it would be too boring. We are pretty much together and I don’t think anyone has the right to comment on our career matters,” Tanna had said.

Whatever the reason for their split maybe, It is indeed sad that such a good looking couple have called it quits.

With inputs from PTI